After receiving rave reviews from their previous visit to The Public, The Kings ov Leon, the UK’s number one Kings of Leon tribute act, return to West Bromwich on Saturday 28 April 2012. 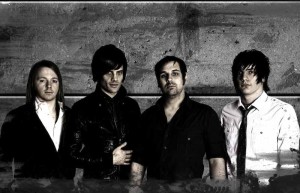 Returning by popular demand following numerous sell out shows across the UK, the talented four piece are expected to deliver anthems such as ‘Use Somebody’, ‘Closer’, ‘Revelry’, ‘Bucket’ and the sublime ‘Sex On Fire’ to an audience of Kings of Leon fanatics.

With an uncanny resemblance to the Tennessee rockers, the Stoke on Trent based tribute act share all the charisma and class set to go down a storm with the West Bromwich audience.