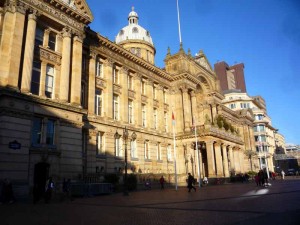 There has never been any evidence in Birmingham of a desire for a referendum on elected mayors. A high profile media campaign in 2006/7 to raise a petition to trigger a mayoral referendum attracted only around 15,000 signatures from an electorate of more than 700,000. But like it or not, Birmingham and ten other English cities are having one. Speaking at a recent meeting in Birmingham to announce these referenda, Local Government and Communities Minister Greg Clark stated that: “Cities need to take charge of their own destinies; change must come from within, not without.”

If this is true, then how come that:

Despite Government assurances that: “No City Deal is contingent on a city voting for an elected mayor”, Prime Minister David Cameron recently indicated that cities rejecting the mayoral route (a list likely to include Manchester, Leeds, Nottingham and Coventry), would be frozen out and parked up in some kind of local authority slow lane. In contrast, those that vote Yes will receive privileges, being provided with extra powers and resources.

Given that mayoral powers will only be determined following any election, how much power Birmingham is granted will likely depend on whether the government approve of our choice of candidate. If we have chosen well (and the government think that our choice can deliver ‘strong’, and ‘accountable’ leadership), the mayor’s remit may be considerable. If we have chosen badly, Birmingham’s mayor could be granted far less power.

No men in monkey suits then! In fact, preferably no independents and certainly no one from outside of the political mainstream (that means you Carl and Salma!!!).

So much for local democracy!