A local band will be joining an exciting line-up for a new music festival heading to the West Midlands. 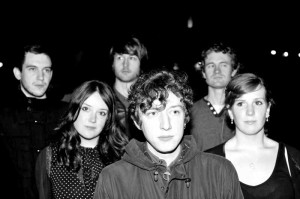 Young Runaways, a six piece who use violin, keys, trumpet and trombone as well as drums, bass and guitar were one of just six bands recently chosen from more than 100 ‘local talents’ to take part in the Now We Are Weekender festival.

The indie/orchestral band will join an eclectic bill which includes Art Brut, Misty’s Big Adventure, The Lovely Eggs and a host of top DJs for the festival, at The Public in West Bromwich.

Band frontman Matt Pinfield said: “We’re really looking forward to it. It’s a pretty diverse mix of established acts and local bands so it should be a good one. The band has been camped out in the studio for the last three months so it’s always great to get out and play live.”

The band released their latest EP, There Is A World Outside, at the end of last year but are already looking toward the future.

Matt added: “So far this year has been pretty busy for us. We’ve played some great shows and have a new EP with four brand new tracks recorded that we’re really proud off.
“We may play a few new songs at the festival.”

Set across the Easter Bank Holiday the festival runs from April 7 to 8 with Young Runaways on Sunday at 1pm on the PINKTank stage.

Tickets cost £10 for a day or £15 for the weekend from nowweare.co.uk.

For more information on the band, visit youngrunaways.co.uk