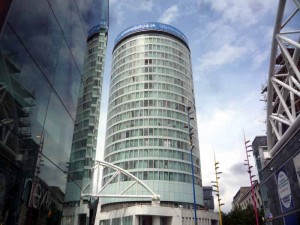 A budget to attract business

With Birmingham currently attracting more foreign direct investment than any other regional UK city, the measures announced in this week’s Budget to improve the UK’s global competitiveness will impact the city more than most.

‘An advertisement for investment and jobs’

In what he called ‘an advertisement for investment and jobs’, the Chancellor lowered corporation tax to 24% with further cuts to bring a rate of 22% in just two years’ time.

With a complementary reduction in the top rate of income tax from 50p to 45p – taking us from a rate that had been the highest in the G20, to one on par with Germany, Australia and Greece, and much lower than Austria, Belgium and the Netherlands – the Chancellor appears to have taken a holistic approach to attracting new business to our shores.

Together these tax measures help make a financial case for locating in the UK – you will pay less tax and your people will benefit from more take home pay.

The Chancellor’s announcement that Birmingham will be one of the first ‘super connected cities’ in the UK benefiting from ultra-fast broadband and wifi is welcome news, and complements work already underway to establish a 4G wireless network across the city – one of the first in the UK.

From virtual to the physical, Birmingham is one of the most connected cities in the UK. Over 90% of the UK market – consumer and business – are within a 4 hour travel time while our air, road and rail connections provide access to 400million people across Europe, and our Airport serves over 143 direct links to major cities across Europe, North America and Asia.

The city however, has not rested on its laurels and continues to invest in its transport infrastructure to develop its offer as a ‘hub’ for investors looking for both European and global gateways. By 2015 it will have a £600million redeveloped transport hub in New Street station, a £65million runway extension at Birmingham Airport, and a High Speed Rail link to the capital is expected to be on the statute books

Boost for our high growth industries

The Chancellor talked of the UK ‘earning’ its way in the world by identifying and supporting our growth industries – such as the creative sector and life sciences.

The introduction of tax credits for gaming, animation and high end television, an above-the-line R&D tax credit to help all research-based firms and the reduction of taxes on patents in life sciences will make it easier for companies to develop new IP, employ more staff and fund expansion.

Birmingham currently employs almost a quarter of the UK’s creative industries workforce and is a global leader in life sciences – with both receiving a boost that will propel their potential for investment, the city is a strong contender for investors looking to benefit.

With this Budget the Chancellor has illuminated the UK’s ‘open for business’ sign.

These new business-friendly measures will help the UK retain its crown as a leading destination for inward investment. Not only will they make it easier to run a business here, but by focusing on specific sectors such as digital media and life sciences – both of which are key industries in Birmingham – the Chancellor has recognised that the key to stimulating the economy is by targeting industries that have the most potential to generate jobs, boost the expertise of our workforce and provide a sustainable model for growth.