City TV has formed a Producers’ Workshop as part of its bid for the local Birmingham TV licence; reaching out to the local creative community. 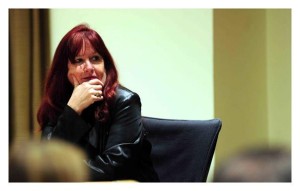 The bid will include creating the City TV Local Co-Production Fund. The Producers’ Workshop will be an advisory committee of freelance television professionals to provide specialist advice on affordable and quality programming during the application process. It will also draft the guidelines for the Co-Production Fund and assist with fund-raising. Additionally, it will look at how the industry can expand their capacity in the longer term.

The companies Chief Executive Debra Davis said: “City TV Broadcasting will be applying for the Local-Digital Television Programme Service (L-DTPS) licence in the spring for the Birmingham area.  Our support is strong and continues to grow.”

“It’s absolutely critical that we involve the broadcasting community based in Birmingham to identify the best ways to get high quality, entertaining and informative programming on air and on-line in the most affordable way as well as to help with the application itself.  While we will never be able to replace the world-class reputation of the BBC, their cuts in Birmingham will be noticed.  We want City TV to be well placed then to partially fill the vacuum and to support the independent broadcast sector.”

Paul Davies from Junction Media said:  “Junction Media recognises that this bid is about high quality, compelling television from local providers. We have a critical mass of superb quality television professionals in and around our city, some of them sadly under-utilised, all of them ready and waiting to respond to the challenge that City TV Broadcasting offers. Birmingham has always been the city of innovation, this gives our sector the chance to makes its mark through this ground-breaking opportunity.”

Rebel Uncut’s Julia Higginbottom added:  “The traditional media landscape in Birmingham has been eroding for the last decade and, with it, the image of the City. Much exciting work has been done to change attitudes with an increase in digital output in the city by many like us at Rebel Uncut.  I hope that local television, in all its various guises, will add to a reshaping of the media output in the city. City TV is particularly well placed to take advantage of the opportunities of bridging old and new media. Birmingham should aim high and tell the city’s stories well, daily.”

The intention is to secure other licences in the future either through development, acquisition or affiliation once Birmingham has proven to be a successful model for local television.