Details have been announced for Birmingham’s commemoration of Holocaust Memorial Day. 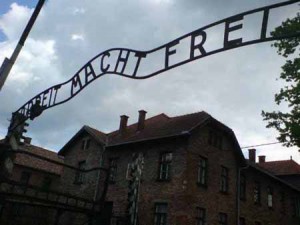 Holocaust Memorial Day is part of an international day of remembrance for those who have suffered in the past, as well as to help prevent future atrocities.

Marking the 67th anniversary of the liberation of the Auschwitz and Birkenau concentration camps, the theme for 2012 is ‘Speak Up, Speak Out’. Through this, the Holocaust Memorial Day Trust aims to provide an opportunity for everyone to learn lessons from the Holocaust, Nazi persecution and subsequent genocides in order to challenge hatred and discrimination in the UK today. Doors will open at 1.30pm, giving everyone who wishes to attend a chance to light their own candles of remembrance before the proceedings. Speakers at the ceremony will include Holocaust survivor Mindu Hornick and Rwandan survivor Prudentienne Seward.

There will also be poetry readings from Birmingham’s Poet Laureate Jan Watt and Birmingham’s Young Poet Laureate Damani Dennisur, a performance from the Al Hijrah Choir, prayers and a short film from the Holocaust Memorial Day Trust. The ceremony will open with a welcome from Birmingham City Council’s Deputy Leader, Councillor Paul Tilsley MBE, and will close with a Statement of Commitment introduced by the Lord Mayor, Councillor Anita Ward.

The ceremony is organised by Birmingham City Council in conjunction with local communities and the Holocaust Memorial Day Trust.  For the full programme, go to www.birmingham.gov.uk/holocaust-memorial or call 0121 303 3008.