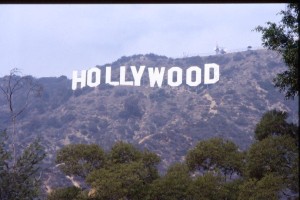 Dip into #brummiefilms to have a laugh, a groan and add your own Hollywood touch to that cult city better known as Birmingham.

Movie titles with that inimitable Midlands flavour are flowing in. Let’s get down to it:

First off is that famous boxing film Raging Bullring.
Industry now and for that buddy buddy film there’s Hey Dude, Where’s my Car Industry. For transport buffs who get lost on the city’s highway knot there always Dial A38(M) for Murder.

For all you cowboy sharpshooters, lots of variations on Once Upon a Time in the West Midlands (or West Brom, or West Heath etc) and for a touch of Clint there’s Hang ‘Em Highgate.

For those that want a soft centred weepie, check into Digby Jones’ Diary or for a creepy brummiefilm look out for The Hand That Rocks the Cradley (ok, its in the Black Country). An alternative is, of course, Silence of the YamYams (whoops, technically not Birmingham again)

If you’re a suburban type, take a left for Hunt for Redditch October

And finally for the kids…how about sitting down to Yogi Bearwood.