Birmingham City Council has announced the name of the game developer to collaborate on an innovative new gaming experience for the Library of Birmingham, the first project of its kind in a public library. 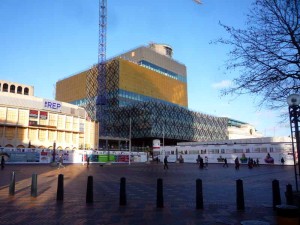 London-based Preloaded, a BAFTA award winning games studio, will receive a prototype fund to develop their concept, which was chosen from more than twenty submissions.

The gaming experience will be designed for the £188.8 million Library of Birmingham and will encourage the gaming generation to engage with all that the library has to offer.

Service Birmingham, the Council’s technology partner for the Library of Birmingham, will work with Preloaded to create a prototype for the gaming experience, which will be developed to celebrate the opening of the new library in 2013, subject to approval and next stage funding. The gaming experience has huge potential to attract new audiences to the Library, complementing a range of online services that allow users to discover and learn from the Library’s collections remotely. The game will be designed for use online and on mobile and tablet hardware. 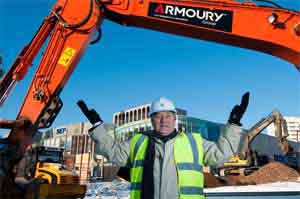 Councillor Mike Whitby, Leader of Birmingham City Council, said: “There are lots of connections between libraries and electronic gaming: they are both all about discovery, fun and learning. This gaming experience is just one of the ways that the Library of Birmingham hopes to be able to attract new visitors and reflects the library’s intention to be a library for the twenty first century. We feel confident that Preloaded will create a concept that the public
will love.”

The call for submissions was announced in November 2011 by Jason Hall, Head of Network and Partnerships of Games Central, at LAUNCH, the leading games industry focused conference in the Midlands. Interest came from companies around the world.

About Preloaded
Preloaded is an award winning games studio making casual and social games with purpose. Their
clients range from broadcasters and NGO’s through to brands, including the BBC, Channel 4,
Wellcome, Tate, Parliament Education, Turner Broadcasting and Disney. Awards include BAFTA,
BIMA, SXSW, MEGA and British Television Awards. They are based in Shoreditch and have just
celebrated their 11th Birthday.