The festive season gets underway with a mixture of legendary names and tribute acts. Well, it is Christmas.

On Tuesday one of the biggest Robin favourites returns in the shape of Steve Harley & Cockney Rebel. An actor, radio presenter and ambassador for the anti-landmine charity the Mines Advisory Group, Steve is still best-known for fronting one of the most critically and commercially-acclaimed bands of the seventies. Tickets £22.50 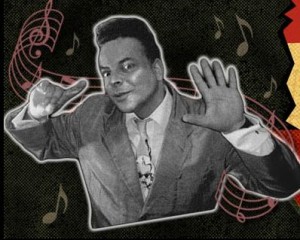 Wednesday sees another Robin regular, who may not have sold as many records over the years but always gives good live value, namely Mike Sanchez & the Portions. One of the top r’n’b pianists in the country, Mike has played extensively with Bill Wyman’s Rhythm Kings as well as fronting his own band around the world. Tickets £11

Blue Brothers party band Jake & Elwood will be at the Robin on Friday. Tickets £15