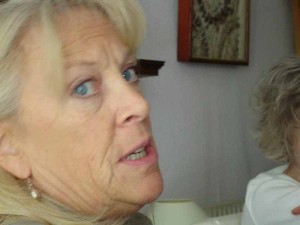 Forty five minutes of the funeral service and I say good bye to my friend Jan.

There are songs, memories, eulogies and fine little speech from a vicar who ties it all up with a final sermon about a woman who helped others- not in a big way shouting-headline sort of way but in small important ways.

But a funeral is a strange time- a time out of mind, of course, of tears and small sad smiles. People emerge and converge from all over the place, some faces haven’t been seen in decades and others are faded and had dipped into obscurity.

Others are men and women who have been there all the time from a drink and a holiday to watching a movie together to a final good bye at the side of a final bed.

People of my decade all have a look in their eyes knowing that this funeral, this death of a good person is a rehearsal for another funeral, another death until, ultimately, it will be your own death that is marked, your own small life celebrated within the snap of a god’s small fingers.

Of course, the process of handling a death can, it seems, alleviate some of the raw pain. The gathering in of information, the processing out of information, the handling of a guest list, the function afterwards, the posting of emails, blogs, even old fashioned steam engine newspaper obituaries. Sometimes I think these were all put in place to soften the hard edge of grief. Keep people a bit busy to get through it all.

But when do you excise the mobile number, the email address, Facebook link that made it all so normal? When do you say: ‘This is it. This person is no more.’?

After the funeral, we drove to a Warwickshire pub. The photographs were on the wall- some black and white, others showing a grinning newly minted grandmother holding a small baby. It was a wall of memory.

There’s Jan as a nipper, there’s the teenaged Jan with a teenaged glint in her eye – eyes that you only can describe from a lyric that described ‘… the eyes of a blue million miles.’

Then the marriage pictures, her with her kids, and then that proud amazed grandmother. It takes a long time to describe a person who is gone. It takes a corkboard of pictures to sum up well a life well lived.

Of course, the ultimate contradiction in any post-funeral get together such as this one in this Warwickshire pub is the one person who is central to it… is just not there.

I am sure that the gathered- each one of us- at one time looked over a shoulder  and expected Jan to be there- kind of like going to a birthday party with no one blowing out the candles.

Earlier in the week we had gone to a wedding. The happy couple were radiant and danced and drank to a future unwritten. It was a night built of the whisper of dreams.

There was an anticipation of a life, a warm glow from the four parents seeing their kids jump out of the nest. But the newlyweds were there- central, radiant, glowing.

Jan wasn’t at this post funeral function. She wasn’t there. And that is the sad point.

She left a lot of friends and family in that party. And maybe as we all looked at the photographs, peered at the pictures of a life, we all smiled together- just a bit. And maybe that night, we all held each other tighter in the dark- just a bit.