This week’s Coventry Conversations: Jon Snow on journalism after ‘hackgate’ 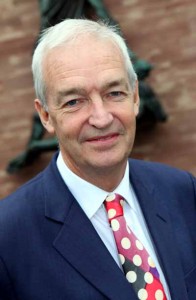 The veteran news anchor, whose long and distinguished career with ITN began in 1976, will speak to audiences about the state of journalism following the string of controversial phone hacking scandals surrounding the multinational media conglomerate News Corporation.

His talk, entitled Days of Hope: Life After the Storm, will take place on Thursday at 9am in room ETG34 of the Ellen Terry Building on Jordan Well, city centre.

Later the same day a Coventry Conversation with Professor Steve Barnett of Westminster University will explore issues around the under-fire Press Complaints Commission, whose lack of action during the phone hacking scandals led to calls from the Prime Minister for it to be replaced.

Professor Barnett’s talk “The PCC is dead. Can Television offer a solution?” will take place at 1pm in room ETG34 in the Ellen Terry Building.

On Friday 2nd December Peter Baron, director of external relations at Google, will talk about what the software giant has been doing to take digital technology to a new level in the 21st century.

His conversation will take place at 1pm in the Humber Lecture Theatre on the University campus (George Eliot Building).

All talks in the series are free and open to everyone.