Lovers of guitar-driven classic rock will be happy in Bilston this week.

On Wednesday there’s the return of legendary guitarist Robin Trower. After coming to prominence with Procul Harum in the sixties, Trower built a reputation as one of the most innovative guitarists of his era, drawing favourable comparisons with Jimi Hendrix. After touring for many decades and recording several albums, including the gold disc-winning Bridge of Sighs, he is still regarded as a tremendous live act. Support is from Aaron Keylock, a thirteen year-old guitarist who has already worked with the likes of Nine Below Zero and Sherman Robertson. Tickets £17.50 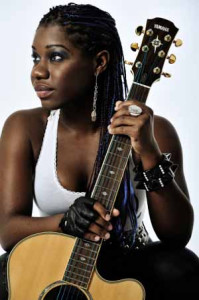 Thursday sees another return to the Robin, this time for Me’sha Bryan, a singer-songwriter who has toured the world and recorded with such artists as Bryan Ferry, Russell Watson and Beverley Knight, and played Live 8. Tickets £10.

On Friday there’s sixties covers band the Mods, with support from local alt rockers the Monobloggers, whose debut EP was produced by Gavin Monaghan, who has worked with Kings of Leon and Ocean Colour Scene. Tickets £11.

On Saturday there’s an eighties night with Kick Up the 80s and tribute act Blondee as support. Tickets £8.50.

Upcoming shows at the Robin during the rest of this month include the Blues Band (14th October), John Cooper Clarke (20th October) and Southside Johnny & the Asbury Jukes (26th October).

For more details, ring the venue on 01902-401211 or visit www.therobin.co.uk Please remember that on the door prices may be higher than those listed here.