The Mushroom reckons it’s been a long time since politics was actually discussed at party conferences. It’s even longer since passion was allowed to make a contribution to the events. 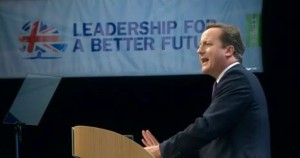 Debate has been sidelined to fringe meetings where television cameras and Fleet Street reporters are either unwelcome or only allowed in on a non-attributable basis. As for passion, well that seems to only happen in hotel bedrooms after too much drink

At one time conferences were a place where the party faithful, as a reward of months of pushing leaflets through letterboxes and running boring ward meetings, were allowed to come and speak their minds

Now, in an image conscious era, delegates are tight laced extras herded in and out of the conference hall to applaud at the right moment.

Nothing encapsulates this control freaky more than the leader’s speech.

But this  ‘highlight’ is not the delegates but news editors and through them, portraying a message to voters of confidence and capability, vision and vigour.

But at the end of the party season the image from all three main parties, for this voter at least, seems to be: Lib Dems; ‘We won, then we lost but we will win again,’ Labour: ‘We lost but we are now winning,’ and for the Tories ‘Please believe us, we are winning… Honest’.

Yesterday’s speech by David Cameron to the increasingly disbelieving voters had been slaved over and polished by party hacks, consultants, focus groups, communications gurus and no doubt his wife, in an effort to reach out get the message out of the conference centre and into the world.  As it was it hardly reached the back of the hall.

As he stood in front of a back drop of a tree dressed in red, white and blue, symbolising Britain the only thing on people’s minds was the fact the economy was only growing by 0.1 per cent.

Faced with that stagnation the Prime Minster’s speech became a call for faith; faith in the country, faith in the face of adversity, above all faith in the party and David Cameron.

Reverting to the Tory rallying cry of national pride and hard work, he said: “Britain never had the biggest population, the largest land mass, the richest resources, but we had the spirit.  ‘Remember: it’s not the size of the dog in the fight – it’s the size of the fight in the dog.”

One could almost see the old tweeded grandees of Eden and Macmillan nodding their heads in agreement while muttering about back bone and stiff upper lips.

This plea for stoicism in the face of adversity, knuckling down and carrying on in the knowledge of better things to come invoked that great Tory Churchill and the Dunkirk spirit of, even though alone, Britain will come through.

‘Let’s see an optimistic future. Let’s show the world some fight. Let’s pull together, work together. And together lead Britain to better days.”

This went down well with the blue rinse set who may have changed their hairstylists but not their isolationist politics, as they still demand to leave Europe and brick up the Channel Tunnel.

Just to make sure they were with him, he promised never to join the Euro. At which point the delegates didn’t need prompting to applaud

But he started off with another traditional Conservative practice of praising anyone in a uniform. Speaking of the armed forces, he said that he knew the conference wanted ‘to send a message to everyone that serves or has served.’

At this point the more cynical, half-expected bright young things from Central Office to start passing greetings cards down the rows of delegates so they could pen their own personal thanks before handing them back to another bright young thing who would then slip the card into a hand written envelope along with a P45.

But back to the economy, “The only way out of a debt crisis is to deal with your debts,” Mr Cameron said, equating national economies with balancing household spending, a trick Margret Thatcher used well in the 1970s.

But illustrating that he has never had to worry about paying a bill, his call from people to pay off their credit cards was quickly rewritten to acknowledge that ordinary families have to balance supermarkets bills and credit payments.

A gaff not helped by the fact that the same day supermarkets were reporting a fall in demand and growth – and the last thing they want to see is people cutting back on spending so they can give their cash to finance companies.

The overwhelming purpose of the speech was to encourage confidence; confidence from voters, manufactures and bankers. Yet the only thing he could offer them was hope. Hope that although inflation is going up, unemployment is going up, demand is falling and growth is stagnating.

With hope, backbone and the Dunkirk spirit, it will all come right.

After finishing with a call to arms, another media moment was stage managed with the impromptu walk down the aisle and the glad handing of delegates. They rose with almost military precision to deliver the standing ovation. As a thank you, life long party members had the opportunity to grasp the Prime Minster’s hand and whisper words of encouragement.

‘Great speech Prime Minster’, they might say, and with a wink and smile add, “We’re not beat yet.”

But for the voters at home Mr Cameron’s speech left one question unanswered, when do we start winning?