With Thomson Airways re-launching their attempts to get regular biofuels flights from Birmingham Airport, green campaigners are raising concerns that new “Sustainable Aviation Biofuels” are actually likely to be more damaging for the environment. 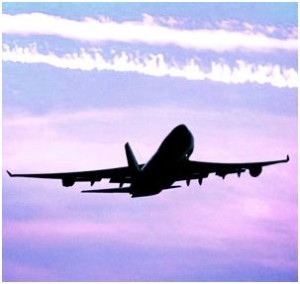 After dropping plans to fuel flights with used cooking oil due to insufficient supply, they are now going to be using virgin plant oil from a number of sources, none of which would be classified by environmentalists as sustainable.

These include the Babassu nut, exploitation of which would require mass displacement of indigenous people in South America and destruction of habitat essential for biodiversity.

Joe Peacock from Birmingham Friends of the Earth said “It’s hardly surprising that they could find that much cooking oil, as it is already much in demand. Tokenistic efforts to appear greener are fooling nobody and are just an attempt to get even more government subsidies into damaging the environment.

“We cannot ignore the massive environmental and social problems caused by trying to feed our addiction to fossil fuels with plant-based alternatives.”

“Aviation is already the most under-taxed and over-subsidised industry, so we should be looking to make sure it pays its fair share whilst becoming more environmentally responsible, not subisidise it to create an even worse situation.”

Birmingham Friends of the Earth calls for a scrapping of all biofuel targets and research to be done into the impacts of current EU Renewable Energy Directive.