Dave Woodhall looks back at a few hours when Birmingham had all you could want…. 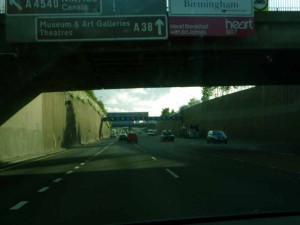 I was doing some research recently when I came across a few things that happened on one ordinary day nearly thirty years ago; on the 22nd October 1980.

This might come as a shock to anyone who thinks Birmingham is a second-rate city when it comes to popular culture, but there was a time when we were the centre of all that was happening.

On this Wednesday night you could see AC/DC at the Odeon – on the Back in Black tour that was to make them the world’s biggest metal band of the time – Siouxsie & the Banshees were playing at the Top Rank, with support from Altered Images and Solihull’s own Athetico Spizz 80; then at the Holy City Zoo Duran Duran were playing the gig that was watched by EMI’s A&R chief man and led to them getting their first record deal.

In fact, it was probably possible to have seen all three gigs – Odeon gigs tended to end around 10.30, which was when the Top Rank headliners would have started. They ended just before midnight, leaving enough time to wander down to Andy Gray’s place for their main attraction. Not, you’ll agree, a bad night out, and you’d probably have got change from ten quid. You could have got the night bus home with it.

But if music wasn’t your thing you could have been at Villa Park, where Villa beat Brighton 4-1 to go top of the old first division for the first time since 1932. They went on to win the league.

Three legendary bands and the league champions-elect, all playing within a couple of miles of each other.  In Birmingham, the centre of the universe.