Preparatory work has commenced to refurbish and restore Birmingham’s Grand Hotel on Colmore Row, with the popular landmark building set to reopen as a hotel once again in 2013. The Grade II* listed building, closed for over ten years, was saved from demolition following a campaign led by the local branch of the Victorian Society, 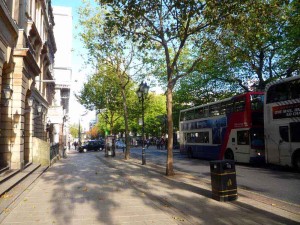 However, it has lain empty since the 1990s, with its impressive frontage hidden behind scaffolding and screens in recent years. Now owners the Horton’s Estate, have secured an operator to develop an upmarket hotel, restoring and retaining many of the building’s internal and external features, whilst also creating new facilities such as a ballroom.

Full details of the scheme are expected to be announced shortly, including whether the new hotel will retain the name ‘the Grand’, but conservation groups and heritage campaigners will surely be delighted that such a major city centre location is to be revived, and used once more for its primary purpose. 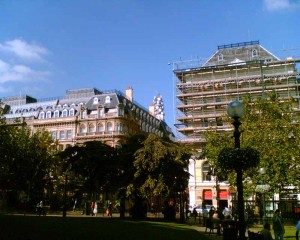 Built between 1876-1878 by Horton’s Estates architect Thompson Plevins, the Grand Hotel is located in the Colmore Row Conservation Area and faces St. Phillips Cathedral and churchyard.

It is understood that as part of the redevelopment the ground floor retail units fronting Colmore Row are to be retained.