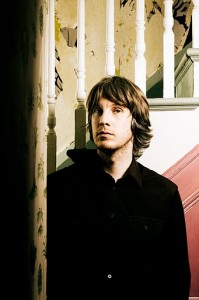 Among the season highlights are the return of Ivor Novello award-winning Wolverhampton songwriter Scott Matthews. Recommended by none other than Robert Plant, who guested on his previous album, Scott will be performing tracks from his much anticipated new album, What The Night Delivers, prior to dates in Australia.

Formerly of cult favourites Lift To Experience, hotly tipped American troubadour Josh T. Pearson has been garnering gushing reviews for his emotive and stark live shows. His debut solo album Last Of The Country Gentlemen is sure to appear in Best Of… lists at the end of the year.

Dublin’s James Vincent McMorrow, who narrowly lost out on a Choice Award (the Irish equivalent of the Mercury Prize), returns to the city centre venue with full band, while Black Country Communion’s Glenn Hughes arrives on his first UK spoken word/solo acoustic tour following the recent release of his revelatory autobiography.

Look out too for appearances from fast rising stars Jake Morley and Emmy the Great – the London-based songwriter has emerged from the same scene as Mumford & Sons and Laura Marling, and will be playing songs from her critically-acclaimed new album Virtue.

Continuing the family tradition are Baxter Dury, the singer-songwriting son of the late Ian Dury, and Adam Cohen, whose voice sounds eerily like his dad Leonard.

Tickets for all the above shows are available now direct fromwww.glee.co.uk/birmingham-music or by calling 0871 472 0400.