Ian McKellen, will return to Coventry’s Belgrade Theatre on Sunday 4 September to celebrate his 50 year acting career with a one-off performance that will also raise funds for the Belgrade. 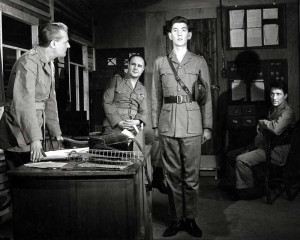 “Back at the Belgrade” – brings Ian McKellen back to the Belgrade’s Main Stage  50 years to-the-day after he performed there on 4 September 1961, in a Belgrade production of A Man For All Seasons.  He will recall his time in Coventry and his subsequent career on stage and screen and answer questions from the audience. There will also be some acting!

The Belgrade Theatre has been a registered charity since 1963 and all proceeds raised on 4 September will go to support the theatre’s work in the local community, including its work with young people in Coventry which is carried out via the Belgrade Community & Education Company, and staging new, home-produced shows for local audiences. 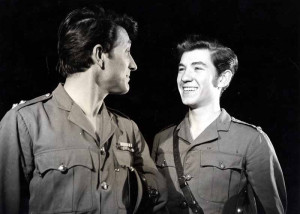 The Belgrade Theatre’s Artistic Director, Hamish Glen said: “We’re extremely pleased to welcome Ian McKellen back to the Belgrade to celebrate this milestone in his acting career. This un-missable show is a fantastic opportunity for people to learn more about this great British actor whose career started right here in Coventry.”

Hamish added: “We’re incredibly grateful to him for holding this fundraising event in support of the Belgrade Theatre. For over fifty years we have been a home to up and coming young actors, many of whom, like Ian McKellen, have become hugely respected and critically acclaimed artists. Amongst other things the money raised will help us to continue to provide creative opportunities and nurture the talent of tomorrow and also help us to create new and interesting work that is relevant to the local community.”

After his first ever role in A Man for All Seasons in 1961, Ian McKellen was in 15 Belgrade productions before moving to other repertory companies including the National Theatre and the Royal Shakespeare Company (RSC). His film successes include Richard III, X-Men, Gods and Monsters and The Lord of the Rings trilogy. Currently touring theatres in The Syndicate, he returns next month to Middle Earth, for the two Hobbit movies.

Ian McKellen is on a long list of Belgrade alumni who have gone on to forge successful careers in the performing arts industry including screen actors Clive Owen, Richard Briers, David Suchet and Rosemary Leach and acclaimed directors such as Sir Trevor Nunn and the current Artistic Director of the RSC, Michael Boyd. 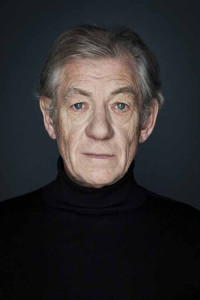 Tickets for “Back at the Belgrade” – Ian McKellen Celebrates 50 Years of Acting are available now from the Box Office on 024 7655 3055 priced £19.61 to acknowledge the year of his professional acting debut and online via belgrade.co.uk where online discounts are available.