David Cameron would like us to believe that the pain inflicted on us by the government after the banking crash will be more bearable if we believe him when he says that we are ‘all in it together’. He must know that British society is deeply divided between the rich and poor, the workers and bosses, the powerful and weak. The slogan ‘them and us’ is more appropriate.

Our most powerful institutions – the law, politics, sport, and banking – are built on an adversarial model that has its roots in social Darwinism and which relies on predatory competition, ruthless exploitation, and the need for winners and losers. The counterbalancing grass-roots co-operatives and mutuals that were developed in 19th and 20th centuries have almost been wiped out by the forces of self-interest and private profit. Small local building societies have become international public limited companies with shareholders and the ‘co-op’ that began life in Rochdale now struggles to retain its democratic mutual structure. The few housing co-ops in Birmingham funded by government during the 1970s and 80s lie on the margins of housing policy. Most of the community-based credit unions promoted by Birmingham in the 90s as part of an anti- poverty policy have been merged into one big credit union to compete with the banks and other lending institutions.

But, judging by the state of the British economy, the British way has not been a huge success for most of its people.

Andrew Lydon, an economic historian working with Localise West Midlands, has been studying the German way and last Saturday he presented some of his findings to the West Midlands New Economics Group. Andrew’s main focus is the big energy companies which were derived from post-war coal and steel businesses.

At the end of the War the victorious nations imposed initially harsh conditions on the defeated Germany in attempt to prevent it ever again becoming aggressive. This included a law that required half of the members of the boards of the coal and steel companies represent the workers. Germany was also initially forbidden to keep an army capable of fighting a war of aggression. But, far from being held back by these ‘restrictions’, the German economy was very successful, much to the surprise of the British who described it somewhat enviously, as an ‘economic miracle’. Germany kept the law on worker participation and extended it to all large companies. 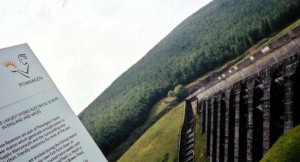 Today German energy companies, Eon and RWE own two of the Big Six energy companies that supply gas and electricity to British consumers. They therefore have a huge influence on the price we pay especially because since 2002 the British government ‘watchdog’ OFGEM allows energy companies to charge whatever they like. In Germany however, consumers influence the price because local workers make up half of the board that makes the decision. As a result prices in Germany are kept lower that they are in Britain where there is no such restraining influence. The German companies are of course not averse to making profit where they can do so.

The conventional wisdom is that when a monopoly exists the price of the product will rise because there is no competition. In Britain there is supposed to be competition between the Big Six but they work with each other as a cartel to raise prices artificially. One of them is nudged to raise prices first so that the others can follow later.

British consumers therefore suffer from Britain’s lax regulatory regime and its obsession with free and unrestrained competition in the marketplace. It is hard to avoid the impression that Britain is a soft touch for German companies that are able to make more profit here than they can make in Germany.  Perhaps the British way is too embedded in the business psyche to ever change. But Andrew’s work shows that the British are most certainly not ‘all in it together’ when it comes to deciding who will be the winners and losers in its economy.

The Co-op in Britain has recently started selling energy and hopes to eventually become one of the Big Seven. Their entry into the market is in itself unlikely to result in increased price competition but it will be interesting to see if the Co-op with its much advertised ethical values and democratic principles is prepared to take a stand on prices and thus emulate the ‘German way’ in this country.