Irish comedy legend Tommy Tiernan, former They Think It’s All Over regular Lee Hurst and fast-rising star Jack Whitehall are among the acts lined up for The Glee Club Birmingham’s 2011 Autumn comedy season. 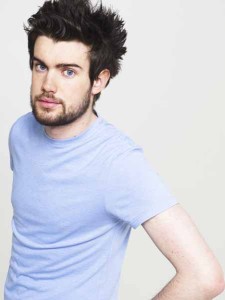 The city centre venue, which has scooped the prestigious Chortle Award for Best Comedy Venue in the Midlands and East for three consecutive years (2009-2011), has always managed to secure the best comedy talent, and the forthcoming season is no different.

Prompted by the redevelopment of his own East End comedy club, Londoner Lee Hurst returns to live touring after a decade away with Man v Woman, a mix of stand-up combined with a live interactive battle of the sexes game show.

Tommy Tiernan follows up his critically acclaimed Crooked Man show with the strangely named Poot. The comedy equivalent to U2 in his native Ireland, Tiernan has been described as Ireland’s Billy Connolly, and was keen to return to the venue after his appearance last year.

Jack Whitehall has very quickly made big waves in the world of comedy and arrives on his solo debut tour. Nominated for Best Newcomer at the Edinburgh Fringe Festival back in 2009, Hollywood industry bible Variety then selected him as one of their 10 Comics to Watch. Jack’s TV credits include Celebrity Big Brother’s Big Mouth, Never Mind the Buzzcocks and TNT Show. He’s also racked up a Royal Variety Performance appearance. 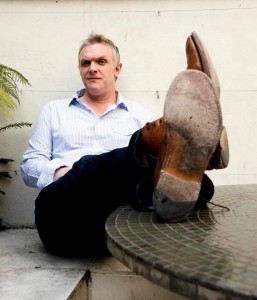 Look out too for eccentric American duo The Pajama Men and 20-year-old Scot, Daniel Sloss, the youngest comedian to perform a solo season in London’s West End.

The Glee Club’s owner Mark Tughan said: “TV shows like Michael McIntyre’s Comedy Roadshow and Mock the Week have really pushed comedy into the mainstream, and it’s great to see so many of these talented live comics returning to The Glee.

“We’re looking forward to welcoming audiences to see some quite exceptional shows that mix seasoned favourites with exciting new and cult names.”

In addition, The Glee Club’s established weekly Best In Live Stand-up Comedy shows – featuring four live comics handpicked from the top of the UK and International circuit – boast appearances by Radio 4 favourite Tom Wrigglesworth and Kiwi Jarred Christmas, while a series of shows as part of the annual Birmingham Comedy Festival will be announced soon.

Tickets for all of the above shows are available now direct from www.glee.co.uk/birmingham or by calling 0871 472 0400.