Cello Aviation has soared to success since it started flying in July 2010, from its base at Birmingham Airport. 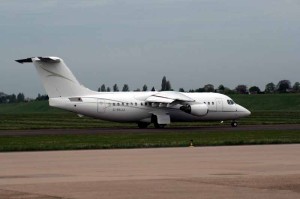 The Avro Business Jet is environmentally sensitive, with a low noise and carbon footprint, and is capable of landing at short field regional airports, including London City.

In just one year, the company has already generated a loyal client base. Among its customers, Cello flies Premiership and international football teams, royalty, EU Parliament members, and A-list film, and pop-stars.

Matt Purton, Commercial Jet Sales Director with Air Charter Service, said, “I wish all at Cello a happy first birthday! Working with the team has been a thoroughly enjoyable and professional experience. Nothing has been impossible for them.”

“Our clients are very specific about punctuality and on board service, both of which, Cello have not been left wanting for. We are delighted to have secured the aircraft for a November tour, and we look forward to continue working with them in the coming years,” added Mr Purton.

In its first year, Cello has grown to 22 staff, and the company are also planning on increasing their fleet, with the addition of another aircraft later in 2011.

This growth will generate another 10 to 15 local jobs, both directly with Cello, and indirectly with caterers, brokers, and other services to the airline.