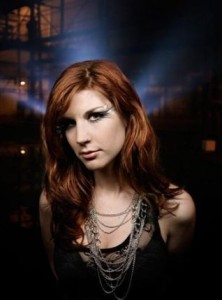 Monday sees the arrival of Delain in Leamington. With a new album and new guitarist for their European tour, this Dutch symphonic metal band promise a memorable evening. Tickets £13.50

On Tuesday one of the more controversial characters of the recent British music scene will be on stage. Pete Doherty has gained as many headlines for his private life as for his music, although that nonsense is apparently all behind him now. We shall see. We shall also see whether his solo work can get anywhere near the heights of Babyshambles and the Libertines. Tickets £18.

Wednesday sees Drive By Truckers at the Assembly. They come from Muscle Shoals and Athens, Georgia, which gives the game away as to what sort of music they play – an amalgam of alt country and southern-tinged rock. Recent release Go-Go Boots is their ninth studio album and they also backed Booker T on his 2010 Grammy-winning Potato Hole. Tickets £16.

On Thursday former Catatonia singer Cerys Matthews will be performing. In the ten years since the band split, Cerys has been a radio and TV presenter, a Celebrity who Got Out of Here and the recent Explorer album is her fourth solo release. Tickets £22.50.

Friday sees the opening of the three-day Marillion festival which will see the legendary prog band performing each night, amongst other convention regular events. Tickets £99 – and they’re sold out.