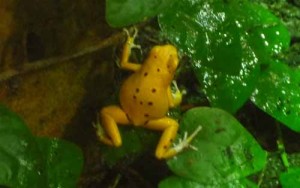 Bolivia will this month table a draft United Nations treaty giving “Mother Earth” the same rights as humans – having just passed a domestic law that does the same for bugs, trees and all other natural things in the South American country.

The bid aims to have the UN recognize the Earth as a living entity that humans have sought to “dominate and exploit” – to the point that the “well-being and existence of many beings” is now threatened.

The wording may yet evolve, but the general structure is meant to mirror Bolivia’s Law of the Rights of Mother Earth, which Bolivian President Evo Morales enacted in January.

That document speaks of the country’s natural resources as “blessings,” and grants the Earth a series of specific rights that include rights to life, water and clean air; the right to repair livelihoods affected by human activities; and the right to be free from pollution.

It also establishes a Ministry of Mother Earth, and provides the planet with an ombudsman whose job is to hear nature’s complaints as voiced by activist and other groups, including the state.

“If you want to have balance, and you think that the only (entities) who have rights are humans or companies, then how can you reach balance?” Pablo Salon, Bolivia’s ambassador to the UN, told Postmedia News. “But if you recognize that nature too has rights, and (if you provide) legal forms to protect and preserve those rights, then you can achieve balance.”

The application of the law appears destined to pose new challenges for companies operating in the country, which is rich in natural resources, including natural gas and lithium, but remains one of the poorest in Latin America.

But while Salon said his country just seeks to achieve “harmony” with nature, he signalled that mining and other companies may come under greater scrutiny.

“We’re not saying, for example, you cannot eat meat because you know you are going to go against the rights of a cow,” he said. “But when human activity develops at a certain scale that you (cause to) disappear a species, then you are really altering the vital cycles of nature or of Mother Earth. Of course, you need a mine to extract iron or zinc, but there are limits.”

In a 2008 pamphlet his entourage distributed at the UN as he attended a summit there, 10 “commandments” are set out as Bolivia’s plan to “save the planet” – beginning with the need “to end capitalism.”

Reflecting indigenous traditional beliefs, the proposed global treaty says humans have caused “severe destruction . . . that is offensive to the many faiths, wisdom traditions and indigenous cultures for whom Mother Earth is sacred.”

It also says that “Mother Earth has the right to exist, to persist and to continue the vital cycles, structures, functions and processes that sustain all human beings.”

In indigenous Andean culture, the Earth deity known as Pachamama is the centre of all life, and humans are considered equal to all other entities.

Canadian activist Maude Barlow is among global environmentalists backing the drive with a book the group will launch in New York during the UN debate: Nature Has Rights.

“It’s going to have huge resonance around the world,” Barlow said of the campaign. “It’s going to start first with these southern countries trying to protect their land and their people from exploitation, but I think it will be grabbed onto by communities in our countries, for example, fighting the tarsands in Alberta.”

Ecuador, which also has a large indigenous population, has enshrined similar aims in its Constitution – but the Bolivian law is said to be “stronger.”

Ecuador is among countries that have already been supportive of the Bolivian initiative, along with Nicaragua, Venezuela, Saint Vincent and the Grenadines, and Antigua and Barbuda.

It has to be asked, however, where the will to enforce this idealistic plan will come from if it is not backed by the consumers of  South America’s vast natural resources?