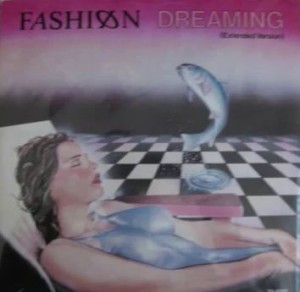 As a weekend treat we’re taking you back to the days when a night on Broad Street meant more than a tour of chain bars and lap dancing clubs.

It’s fair to say Birmingham has rarely gone in for musical cult heroes. Most of our bands have either become international successes or stayed trendily obscure but it’s rare that the city can boast a band who sell out venues and inspire others to gather around their banner here while remaining unknown elsewhere except as a name to drop by NME readers  perennially searching for the next hip thing.

Fashion emerged from the post-punk carnage of the late seventies as one of a number of synth-led bands heavily influenced by David Bowie. A line-up change in 1980 led to the band’s golden period, when their new wave-reggae hybrid sound helped inspire the New Romantic cult and they toured extensively with such bands as a then-unknown U2 and the Police. At this point Fashion looked set to become part of that turn of the decade golden generation of Brummie bands as the Rum Runner was, briefly, the hippest club in the country.

But as is often the case the forerunners had to make way for those who came after. A refusal to compromise either musically or image-wise meant Fashion were unable to make the breakthrough they deserved and they watched from the sidelines as the music they had pioneered became the sound of the early eighties. Their former support act Duran Duran became megastars while for Fashion, success was limited to their 1982 album Fabrique going top ten and a few of their singles brushing the top fifty. The band realised the aptly-named album Twilight of Idols in 1984 and seemingly slipped from the radar forever, forgotten by all but occasional updaters of “Whatever happened to…?” articles.

But while all good things must come to an end, they often start up again. A CD release of the first Fashion album, 1979’s Picture Perfect, re-awakened interest in the band while singer Luke Sky’s autobiographical account of their history, Stairway to Nowhere, was released last year. Next week also sees the re-issue of an extended version of Fabrique, which deserves a better title than the inevitable The Height of. That’s a minor quibble, though. What goes round, comes round.

Join a discussion on this on ReStirred.com